Aquatic Live Food is a local Melbourne business, which grew out of a need to provide live fry food for Seahorses and Clownfish.

We take great pride in developing each new product line and view their success as a direct reflection upon our skills and reputation. 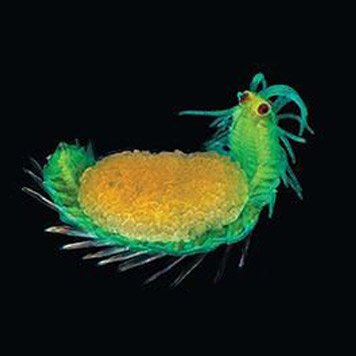 To supply Australian Ornamental retail and commercial Aquariums with sustainable land farmed premium aquaria, so as to stop the removal and destruction of coral reefs for the wild caught aquaria*.

Land farmed premium aquaria cultivated in controlled environments means we are able to provide continuous (year round) high quality production of the popular live foods, which were previously unavailable for sale in retail stores.

Aquarists of all skill levels can now have a real chance at breeding there own favourite Pipefish, Cowfish, Mandarin fish, Shrimp etc. Being able to provide essential live food that’s required for new born and juvenile Aquaria.

It is our hope that more Aquarists will now be able to captive breed healthy aquaria and hopefully sell, for all to enjoy. Instead of wholesalers, taking aquaria from its wild habitat. Many fish and corals die in transit from Nth Queensland, Darwin and Perth to Tasmania, Melbourne and Sydney.

When I started this business of supplying live food to aquarists, my aim was to help support people wanting to breed seahorses, clownfish, pipefish, etc in captivity as opposed to collecting from the wild. My belief is that its unsustainable long term, and by removing a creature like the seahorses that choose a mate for life. The one left behind will die a slow death. The void from removing predators like cuttlefish, octopus, and eels is that the old and sick fish aren’t eaten and pass on their pathogens to healthy fish or fish with minor scrapes and kills them. Many reef fish are in tussles with others all the time for space, food, and shelter.

My goal was to provide a small range of live food to enable home breeders and more advanced hobbyists to raise fry to sub-adults and then to ween them on to dead (frozen, flake, powdered) food as this is much easier and cheaper for the general hobbyist.

By providing a constant supply of the Harpacticoid copepod, people are now able to keep and feed those monotropic or finicky feeders like the Mandarin fish that only eat harpacticoid copepods. The scooter blenny, watchman goby, and dottyback fish will eat this harpacticoid until trained to eat something else or die.

When I started out I had only 3 species. Now 4 years on we are culturing 25 marine species and 15 freshwater species and researching with partners (universities) we will have more exciting and quite different creatures being made available to the ornamental fish industry.

So far we have made available to the ornamental aquarium keepers 16 marine species 11 freshwater species as well as 11 microalgae’s and 6 different types of macroalgae’s. We have also expanded our expanding range of egg products. We also provide a wide range of specialist information and equipment for culturing and breeding plankton (zooplankton & phytoplankton) at home.

We are committed to helping people with aquariums, ornamental fish fanatics and breeders by providing nutritious live foods that are captive breed and sustainable, thus ensuring zero impact on the oceans and reefs of Australia and further afield. Australia imports many fish from all over the world for the aquarium industry here. By captive breeding aquaria with the assistance of live food, we will produce healthier specimens, higher yields, constant supply and in time possibly rehabilitate areas that have been over-collected or damaged due to more commercial aspects of our reefs. Especially the Great Barrier Reef where tour boats take many hundred tourists per boat to the reef and drop them in, I have seen the destruction first-hand people standing on coral breaking large and small regrowth.

The tourists need to be told over and over again by the tour operators in all languages how fragile the coral is and is a benefit to the world at large. Also, they should be told NOT TO STEP ON CORAL while at the Great Barrier Reef either snorkeling or scuba diving.

Aquaculture, also known as aquafarming, is the farming of aquatic organisms such as fish, crustaceans, mollusks, and aquatic plants. Aquaculture involves cultivating freshwater and saltwater populations under controlled conditions and can be contrasted with commercial fishing, which is the harvesting of wild Aquaria*.

Mariculture refers to aquaculture practiced in marine environments and in underwater habitats. 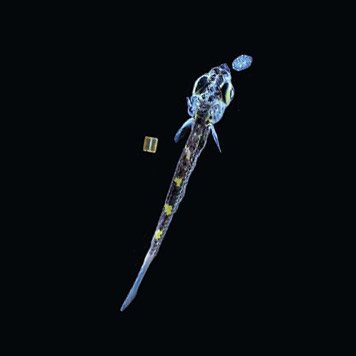 Hi. I am after a Grindal or white worm start up culture or live Tubefex, do you have thany of these in stock and if so do you post to Perth W A. Kind regards Jim

Hi Jim, Sorry no I don’t have a Grindal, White worm or Tubefex Cultures. Cheers, Graeme.

Hi there. I have a some baby axolotls (nearly three weeks old) currently surviving on microworms. I’ve since learnt they need more than this – Daphnia or live shrimp brine. Do you have this available please or can it only be grown and harvested? Thanks

Hi John, We can supply you with Daphnia and it can be grown and harvested by you. Cheers, Graeme.

Hello. I’m also interested in some daphnia. Can you please contact me with the info?
Thanks. Karen

Hi, I am looking for white worm cultures, plz let me know if you have any…also can u post it to Melbourne Victoria..

Sorry, we do not do white worms.

Hi Debbie, Culturing copepods is always a good thing for a marine tank. Daphnia are freshwater and are not really something to feed your marine fish long term. Scuds (Amphipods) are another good thing to culture and use as feed for your marine fish also they are detrivoirs or detritivore they will greatly assist in clean up of anything rotting in your tank (reduce the waste). And culturing both microalgae and macroalgae will also greatly benefit all your tank inhabitants. Mussels are filter feeders as well as corals, they will love the microalgae and copepods the color of your corals… Read more »

The service and advice was excellent, as was the quality of goods. I would recommend Aquatic Live Food to anyone wanting quality feed for there fish.

I ordered Daphnia from these guy;s and was very surprised to see all alive when they were delivered. I had ordered from another source months ago and what arrived to my door was dreadful. Keep up the great work.

I was very impressed with Aquatic Live Food, there response to my questions about culturing Copepods and Amphipods was very helpful and informative. They make the extra effort to make sure there customers are happy.

Aquatic Live Food were very helpful and there delivery was next day. My Copepods and Amphipods were all alive and well.

I spent a great deal of time to locate live food in or around my area, With no success finding something similar to this. I purchased Copepods and Amphipods which are thriving and multiplying in the refugium and main tank. My 3 Goby’s and 2 Mandarin fish are happy and fat. I am surprised the LFS does not stock the copepods when they are selling Mandarin fish.

It is great being able to provide live copepods and amphipods to my Seahorses. When I recently bought more when I got them home they would not eat the frozen food. Went looking online the only supplier of live foods are Aquatic Live Food. I was a little skeptical at first, however asking questions on Facebook I purchased copepods and amphipods they horses transition to frozen foods went well. I still treat them with live pods now and again.

The delivery was quick and the service and advice was excellent, as was the quality of goods. I would recommend Aquatic Live Food to anyone wanting quality feed for there marine fish.

Great service, answered my many questions and provided great product.

Hello there, do you have any microworm cultures? If yes can i arrange a pick up soon?

We do not do any micro worms as yet. We have concentrated on the zooplankton and phytoplankton. However, I will do a little research and see how they might fit in with our current live food supply.

Hi, I’m also interested in live daphnis, are you able to get them to sydney though? I breed and rescue axolotls

Yes we can supply you with live Daphnia and Daphnia eggs if you were interested.

please email me on [email protected]

Shipping is over night.

I would like to say thank you for all the emails and information on setting up the slow feeding system using the Slow Release Feeder Unit putting the rotifers and live algae in and letting it slowly drip into the fry tank whilst away was a brilliant idea. The baby clowns were very happy and fat when I got back.

The auto top up and auto water change worked a treat as well.

Thanks again for all your help and information.

Couldn’t have done it with out you.

Hi, could you please tell me what I need to buy from you to start a small daphnia culture at home. Thanks. Louis.

Hi Guy’s, thanks for all your help and assistance with my Dino issue. Having been able to have them identified, and knowing the specific type and following the directions you provided my display tank and sump have made a quick and complete recovery. I will no longer be buying saltwater from the LFS and putting it into my tank with out the treatment first. This has been an invaluable lesson. Woody.

Hi Guy’s, thank for the recommendation for the Ultimate Reef Mix, all the fish loved the mix and the corals are also looking brighter since adding the mix. Keep up the great work. Dave.

Hi Guy’s, The reef flux worx a treat, was a little skeptical however it did the job of removing the Bryopsis from my coral frags. Jen.

Hello ALF, Thanks for the fast delivery of my order. The Bryopsis Buster worked as expected my tank is looking much better 4 days on. Thanx jerry.

Thanks for the great cuatomer service and support.

Your help in getting me back on track was greatly appreciated and I thoroughly enjoyed our conversation.

Vote Up0Vote Down
Go to Top